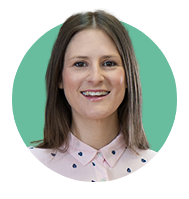 A loving relationship between an owner and his pet… the purrfect Aardman project! Not Wallace & Gromit this time, but a story that focuses on a friendship between a little boy called Daniel, and his pet cat, Casper.

Casper’s Magical Journey is a Christmas film. A film of magic, separation and hope. The unique side to this tale is that our animation is based on a true story. The story of Daniel’s pet cat Casper going missing and turning up three years later and 55 miles away from their home. A remarkable narrative in itself!

Creative director at the Good Agency, Andy Powell, tasked us with the challenge to come up with a story that focused on the bond between cat and owner. Less about why Casper went missing and where he’s been, but more about how the family felt when their pet cat disappeared – after all, they are more than a pet, they are part of the family too. (Spoiler alert!) Casper was eventually reunited with Daniel and his family after he was handed in at the Cats Protection branch in Truro three years later. After his neck was scanned during his veterinary check-up, a microchip revealed that he belonged to Daniel’s family 55 miles away in Plymouth. The microchip was vital in their reunion and this was a key piece of information to include in the story, with the aim that our film will encourage others to get their cats microchipped and help separated families reunite. 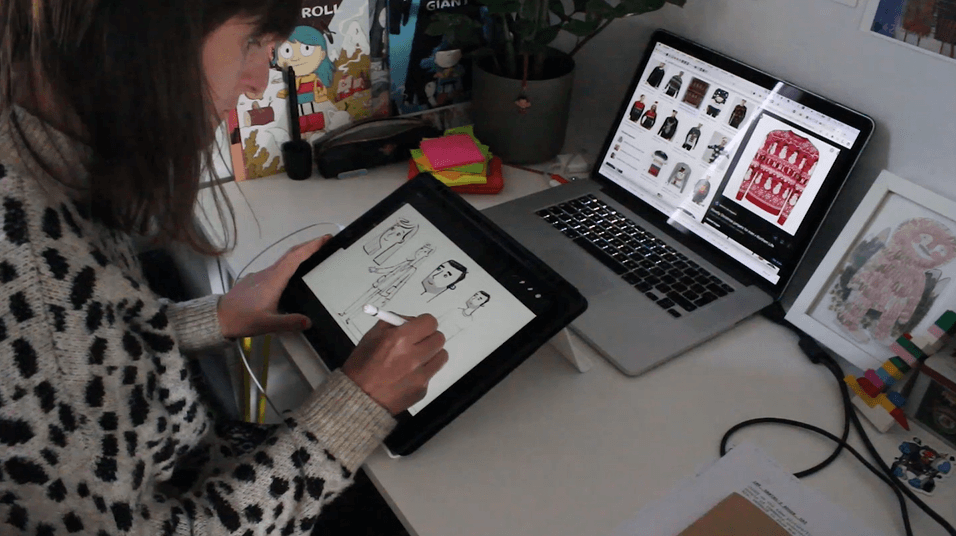 Cats Protection have a history of making Christmas films based on true stories that have involved Cats Protection in some way or another. All of the past short films were made by the talented Creative Lead Designer at Cats Protection, Rasoul Hudda. We worked with him throughout this project to make sure Cats Protection were happy with its development. It was important to them that when Casper moved, he was anatomically correct and as our small team had relatively no cat animation experience before. Little details and advice, for example, the type of noise a cat makes as it crouches down and wiggles its bottom before pouncing, were incredibly useful.

our interpretation of the true story

The animation length was capped at three minutes long, so we needed to simplify the true story in places to allow us enough time to include all the key pieces of information; the family have a close bond with their cat, Casper is the type of loveable rogue who happily goes exploring, he’s goes missing for enough time that the family are concerned, a lengthy amount of time passes and the family start to lose hope of his return, a phone call out of the blue to say he’s been found, mum’s epic car journey to retrieve Casper and finally, the reunion between Daniel and Casper. There was a lot to include! And we wanted to make sure the film wasn’t charging through at high speed. We needed tender moments between Daniel and his mum where we got to see the family’s heartache, missing their beloved Casper.

There wasn’t enough time to transverse three years so we started the film just before Christmas one year and finished it a year later on Christmas day. To show a huge amount of time passing, we showed Daniel and Mum taking a walk along their street – a walk they do every day at the same time, returning home from Daniel’s school – with their clothes and the seasons changing around them. It meant we could go from spring to autumn in about six seconds. A ‘missing Casper’ poster stuck to a telegraph pole got more discoloured and tatty as the time passed.

There were other details that we didn’t include in the animation for clarity of story; Casper was one of three cats and that the family got a dog during the period Casper went missing. (Not in replacement of Casper, might I add!

We sprinkled three magical sequences throughout the film, which appear in Daniel’s imagination. For these to be believable and that extra little bit whimsical, we aged Daniel down from 8 years to 6 years.

They symbolise what Daniel’s feeling inside, how positive or worried he is about the return of Casper. His first imagination sequence (early on in the film) occurs on Christmas Eve and is playful and absent of much concern; Casper flies through the night with Santa on his sleigh.

Daniel’s second imagination sequence (during the middle of the film) is trigged by overhearing his mum’s phone conversation with a Cats Protection employee. The word “microchip” reverberates in his mind and ‘whooshes’ his toy satellite up into the air where it receives laser beam signals from Casper who is trying to tell Daniel where he’s located so they can find him and bring him home. (Daniel has no idea how the futuristic microchip works but knows that it’s implicit in the return of cats to their homes.) At this point in time he’s imagining Casper wanting to get back to them, as it’s very much what Daniel wants.

His third and final imagination sequence (towards the end of the film) shows the development of character. He’s now more concerned about Casper and is losing hope that he will ever return. He imagines Casper inside a snow globe, alone in the cold snow, shivering and feeling sad.

Davide Mastrolonardo created all the stunning artwork for the film. We wanted to keep a freedom to the backgrounds with loose painterly strokes, much like the concept artwork I knew him for. I wanted the opening shot to sing “Christmas” and chime of warmth and positivity, setting up the loving relationship between the family and Casper. One of the animators in the team, Dave Connolly, did a superb job of Daniel’s upbeat, bouncy run, playing alongside his buddy Casper in the snow.

I wanted an illustrative, slightly wonky-shaped look to everything, with textures to make it all a bit more lived-in and earthy. Davide’s highly skilled eye drew light to set the mood for each shot, being very thoughtful and considered with each decision. 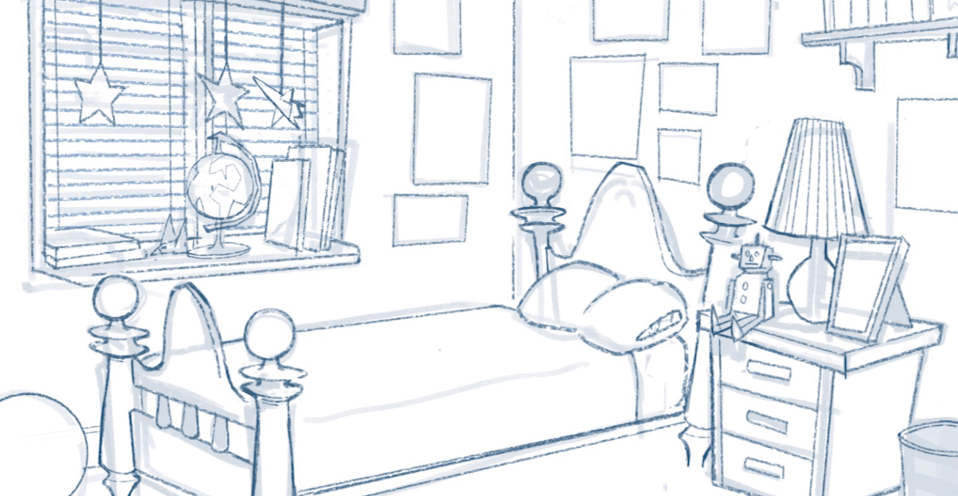 The characters were designed and animated in Adobe Animate CC for speed but this did mean that they were devoid of texture. This was added later in After Effects when we overlaid coloured filters and added noise to help the characters sit in the beautifully lit world that Davide had created. 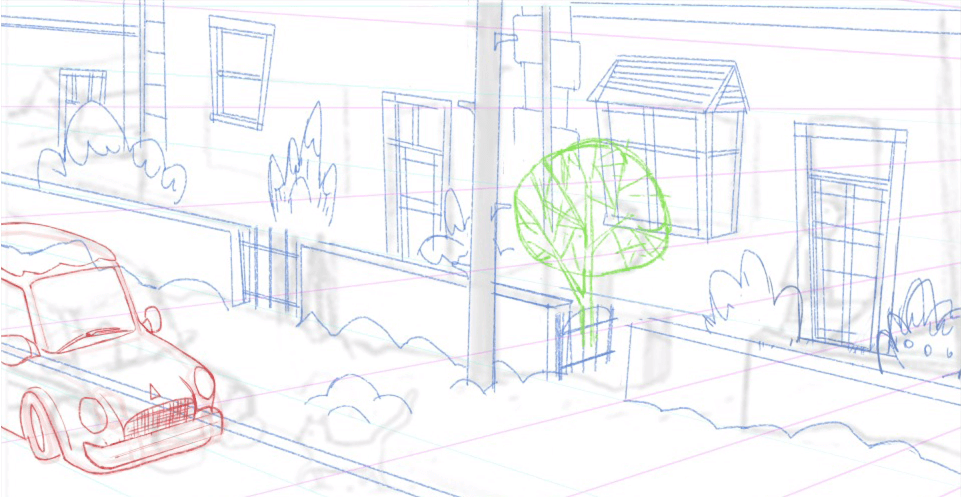 This is the first project where the whole team has worked from different locations. Never at one point were any of us in a room together. At times, it was more time consuming working this way, mainly in the sense of relaying information back to each other. Instead of moseying over to an animator’s desk to discuss an action or tweak, we needed to schedule a Zoom call and talk through the movements in front of camera. It was an adjustment to our usual way of working and trickier for producer Sami Goddard to project manage, making sure animators kept track of their schedules and compositors saw all the most up-to-date notes on the shot list.

Usually we’re all in the Aardman studio together but overall, it worked fine and it makes me feel excited to think that the future might consist of collaborations from people all around the world. Proximity needn’t limit us!

The music was written and performed by Dan Millidge who composed the tracks for all previous Cats Protection films. We wanted this animation to feel part of the set and even though the visuals took a different direction, this would help tie all four films together. I loved the music to all the other films so he was the obvious choice. Dan hit it out of the park first time! There was almost nothing to tweak or adjust after his first pass.

Tom Joyce, the sound effects artist, used an excellent piece of kit I’ve never come across before, frame.io which allowed me to make comments directly into the programme alongside the animation at specific places. This way it was very clear what sound effects I was referring to in my notes. He could comment back and it was almost like being in the same room together. (Just wish I could type as quickly as I can talk!)

Holly Willoughby played Anna, the mum in our film and Alex Graydon played Daniel. Holly did the voice record at the ITV studios after a This Morning session and Alex equally recorded his lines from a London studio, keeping everyone at a safe distance and following the COVID-19 restrictions. Both were incredibly lovely and easy to direct via a Zoom video call.

As I said before, this was a quick project and small team. We were very limited with the amount of time we had on each shot and how many times we could go back into shots to finesse because of needing to complete all sixty-five shots in the scheduled time. I’m incredibly proud of the team who all worked so very hard to make it all come together and produce a short film that includes everything I hoped it would.

It feels very poignant making a film about the relationship between pets and their owners at a time when everyone is spending more time at home and thus with their pets. There has been a lot of loneliness this year and for some, their pets have been their only companions. More than ever, the bond between pet and owner is invaluable. If this film can help the microchipping numbers increase and more missing pets become reunited with their families, we will have succeeded.

Our thanks to Rasoul Hudda and Debbie Holt at Cats Protection.

Aardman Director Lucy Izzard has a style full of warmth, character, comedy and sensitivity. She worked with multiple animation companies over the years, Slinky Pictures, 12foot6, and ArthurCox, before joining Aardman in 2014.

Lucy Izzard has a style full of warmth, character, comedy and sensitivity. She worked with multiple animation companies over the years, Slinky Pictures, 12foot6, and ArthurCox, before joining Aardman in 2014.

Have a similar project you'd like to discuss? Leave your details below: Behind the Craft: Coldplay 'Daddy'

Behind the Craft: DFS 'Welcome in Spring'