Aardman is proud to reveal a powerful new animation, inspired by the words of eight year old Blue Peter viewer Delphine, which premiered in front of world leaders at the UN Climate Change Conference COP26 in Glasgow today. 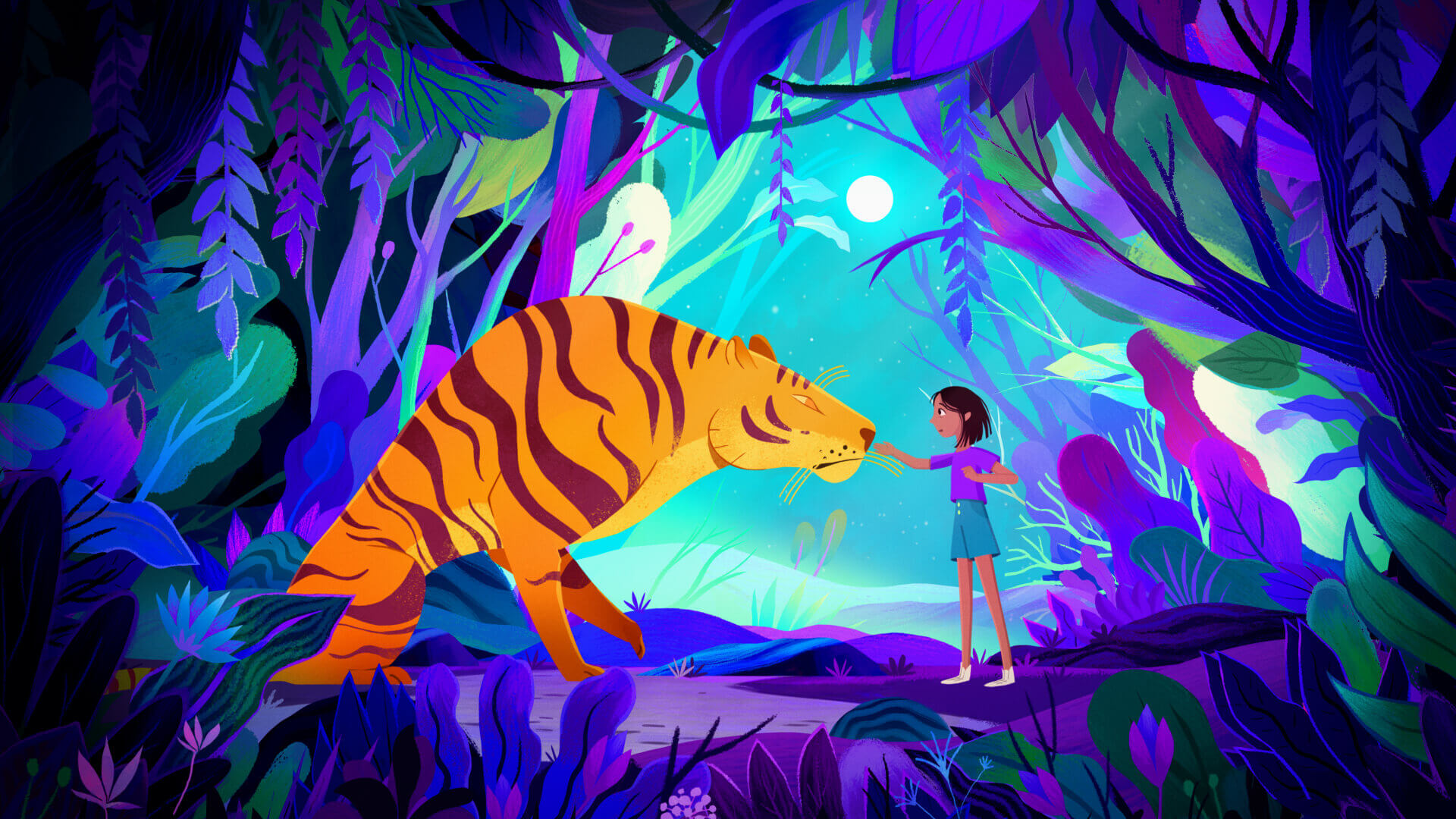 Delphine was announced as the winner of Blue Peter’s ‘Our Planet Now’ competition, which asked viewers to write a poem or short story that would captivate the imagination of young people to act in the UK’s year of climate action.

Aardman transformed Delphine’s winning words into a 2D animated film, directed by Åsa Lucander and narrated by Nina Sosanya, with a soundtrack performed and recorded by the BBC National Orchestra of Wales.

The animation tells the story of a little girl of the future whose grandmother has an old book featuring animals that now exist only in her memories, with the little girl wondering how past generations could allow such creatures as tigers, chameleons and flamingos to become extinct.

Åsa Lucander, Director at Aardman said: ‘It’s been a huge privilege and joy to bring this imaginative and beautiful poem to life for Blue Peter. From the wonderful words by the talented winner, Delphine, we wanted to create an enchanting and visually engaging film that carries the strong message of the heart-breaking fact: that our beloved animals – animals that we all take for granted, will disappear forever if we don’t all stand up tall and do something about it. Our goal was to transport our audience on a heartfelt journey that delivers the poignant message of the poem as well as serving as an emotional wake-up call to this urgent climate threat.’

Steve Harding-Hill, Aardman Creative Director and competition judge said: ‘Aardman were honoured to be involved in such an amazing, important project as this. As a judge on the panel that selected Delphine’s idea, we were all hugely impressed by the imaginative, beautiful poem she’d written: a poem about a young girl from the future sadly looking back at these fabulous strange imaginary animals – that are in fact real creatures still alive (but in danger) today. We’re all delighted that Åsa has managed to bring Delphine’s words to life in such a stunning, powerful way, and we hope that it can help contribute towards the fight against climate change.’