Aardman has teamed up with the UK’s leading feline charity Cats Protection and TV presenter Holly Willoughby for the charity’s Christmas campaign “Casper’s Magical Journey”, inspired by the true story of a young boy and his missing cat. 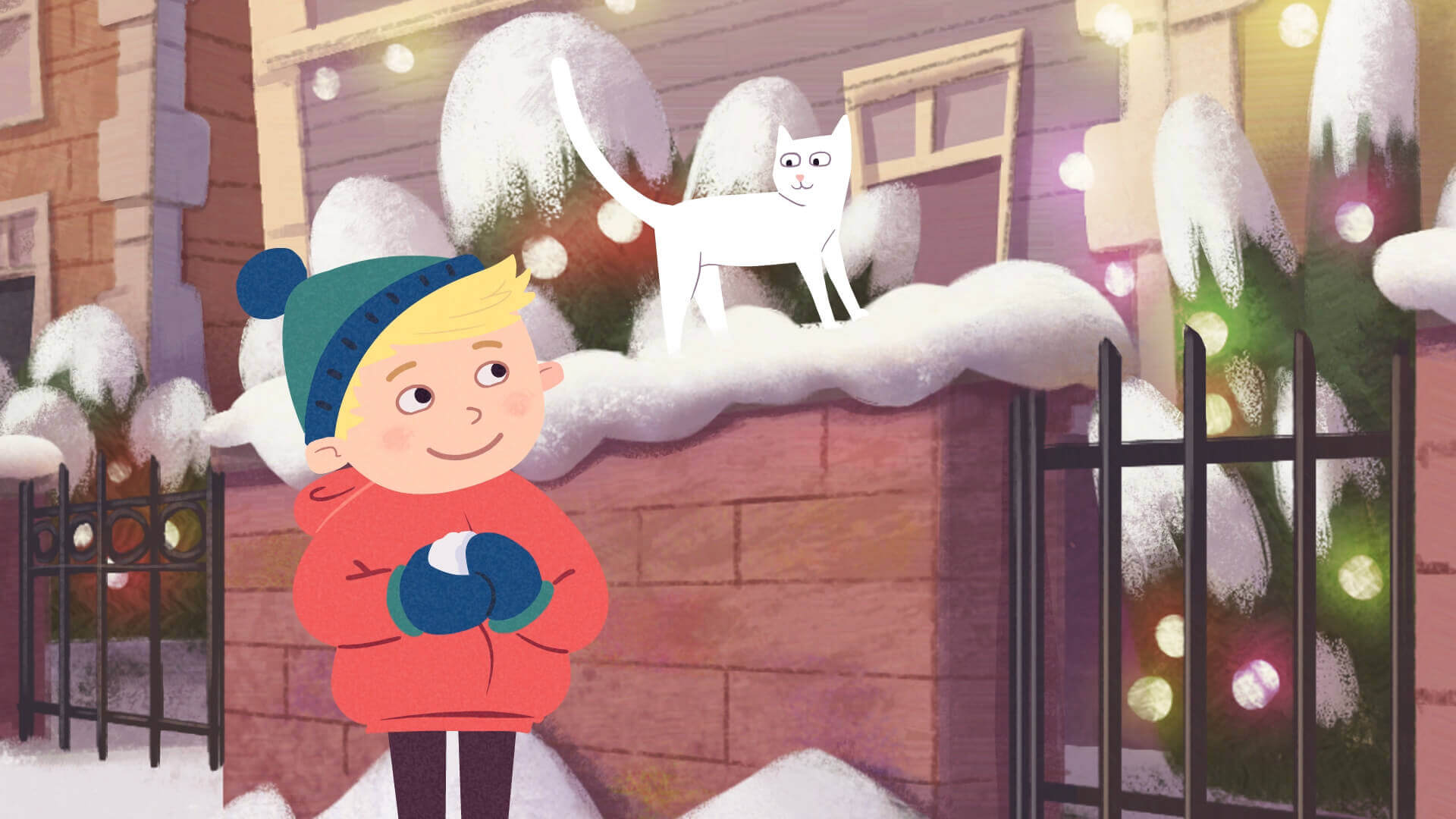 Five-year-old white cat Casper went missing from his home in Plymouth in 2017, much to the distress of owner Anna Day and her 12-year-old son Daniel. Three years later, Casper turned up 55 miles away at Cats Protection’s Cornwall Adoption Centre near Truro and, thanks to his microchip, was able to be reunited with his overjoyed family.

Anna Day said: “We were all heartbroken when Casper didn’t come back, particularly Daniel. We never expected to see him again after such a long time, so it was miraculous to get him back home. The whole family is so excited that Casper’s story is being immortalised in this way – and hopefully it will encourage more cat owners to consider getting their pets microchipped.”

Holly Willoughby, who provided the voiceover for mum Anna, said: “Casper and Daniel’s story is so lovely and, as a cat owner, it really struck a chord with me. It was a pleasure to be involved with such a wonderful project.”

Aardman were approached by Cat’s Protection to help take their established creative concept to the next level, applying their award-winning production values and storytelling expertise to the charity’s 2020 campaign.

Aardman Director Lucy Izzard was delighted to help share Casper’s story: “Such an epic true life story – going missing for 3 years and being found 55 miles from home – gave us so much scope to build an animated story. The hardest part was keeping it short as there was so much we wanted to do with it! It’s not often we get to bring ‘real world’ narratives to life at Aardman, so we really relished this unique opportunity and were particularly excited to add a bit of Christmas magic into the mix!”

Cats Protection’s Director of Communications Judith Barnard said: “Our Christmas animation is always a heart warmer and we felt that Casper and Daniel’s story deserved the extra magical touch that Aardman always bring to their films. They’ve tapped into that special bond between a cat and its owner which brings such joy but also heartache when a much-loved cat goes missing. Casper’s tale will hopefully inspire more owners to microchip their mogs!”

According to Cats Protection’s CATS report 2020*, over a quarter (26%) of owned cats in the UK are not chipped. The charity is actively campaigning to change this by making it a legal requirement for cats to be microchipped, as it is for dogs.

To watch the animation, visit www.cats.org.uk/christmas